Digia is a software and service company that helps its customers renew themselves in the networked world. Digia's roots are in Finland and the company operates with their customers in the Nordics and abroad. Digia is building a world in which digitalisation makes a difference – together with their customers and partners.

Digia has hired five developers from Integrify. At Digia, Integrify’s junior developers have been able to participate in multiple projects and versatile teams and employ their skills in frontend and backend technologies. We talked with Digia's Senior Project Manager, Marko Tuuminen about his experience about the collaboration with Integrify and the developers that are working at their technical teams.

Co-operation between Digia and Integrify has been productive and efficient. Integrify's training program has been strong and focused on areas that we value and demand from our own developers also. Collaborating with Integrify has saved much of our valuable time and resources as the developers provided by Integrify have been ready to start in customer projects right away. All developers have proven to be hardworking, fast learners and have fitted nicely to our teams at Digia. We look forward to work with Integrify in the future and recruit also developers directly to Digia!

Some of the projects that the Integrify developers have been working on are the following:

A significant e-commerce project was done for a major international operator in the hospitality industry with revenue over 130M € in 2017. The developer from Integrify focused on updating the client's systems to the latest technology stack and building other e-commerce functionalities. The tech stack included e.g. React.js, MobX, Bootstrap, and Material-UI. The project had 12 people working on it, including frontend, backend, and epi-server developers as well as database architects.

Integrify’s developers worked in building an internal system for a large restaurant chain with over 100 employees to optimize their daily workflow. In addition, the system helps to gather data and provide insights to assist the management. The team consists of 6 people working with the backend and frontend sides. For the backend, we used technologies as Node.js, Typescript, PostgreSQL, and GraphQL and for the fronend, Javascript and React.js. Integrify’s developer had a wide array of responsibilities both on the backend and frontend side. He migrated databases and implemented features from scratch, all the way from setting up a database, creating an API, to making the UI and building other frontend functionalities.

The Integrify developers took part in a web mobile application project for a large construction company that will be used to track their assets. Using centralized API service for multiple API sources, the frontend team of 3 people (including one of Integrify’s developers) used technologies e.g. React.js, MobX, CSS3, and Material-UI to connect to the database and viewing features. Apollo and GraphQL were applied to call GraphQL API from the backend side.

Some of the Integrify's junior developers have been hired directly to Digia. They have already moved a step up in their career path therefore, they became web developers at Digia — no junior titles needed anymore!

We at Digia have employed several junior developers from Integrify in our e-commerce and Agile Software Development business units. These units are  building solutions such as a tourist information portal for MyHelsinki as well as a large-scale (not-yet-to-be-published) e-commerce portal for one of our hospitality sector clients. Integrify’s graduates have been well received by our customers from day one and the whole concept has worked out great for us as well  –  the newest Integrify graduates started at other Digia departments last autumn. Highly recommended!"

"Integrify’s developers have been well received by our customers from day one. Highly recommended!"

Learn more how we collaborate with our partners

Solwe managed to recruit a full stack developer from Integrify on a fast schedule. According to Solwe, by recruiting through Integrify, they ended up using around 10% of the time compared to a normal direct recruitment process.

Silcube Software recruited a Frontend/UI developer from Integrify. Silcube’s team has been particularly happy with the developer’s technical knowhow and work ethic.

Book a meeting with Miikka to hear more about how we can help you to grow your tech team. 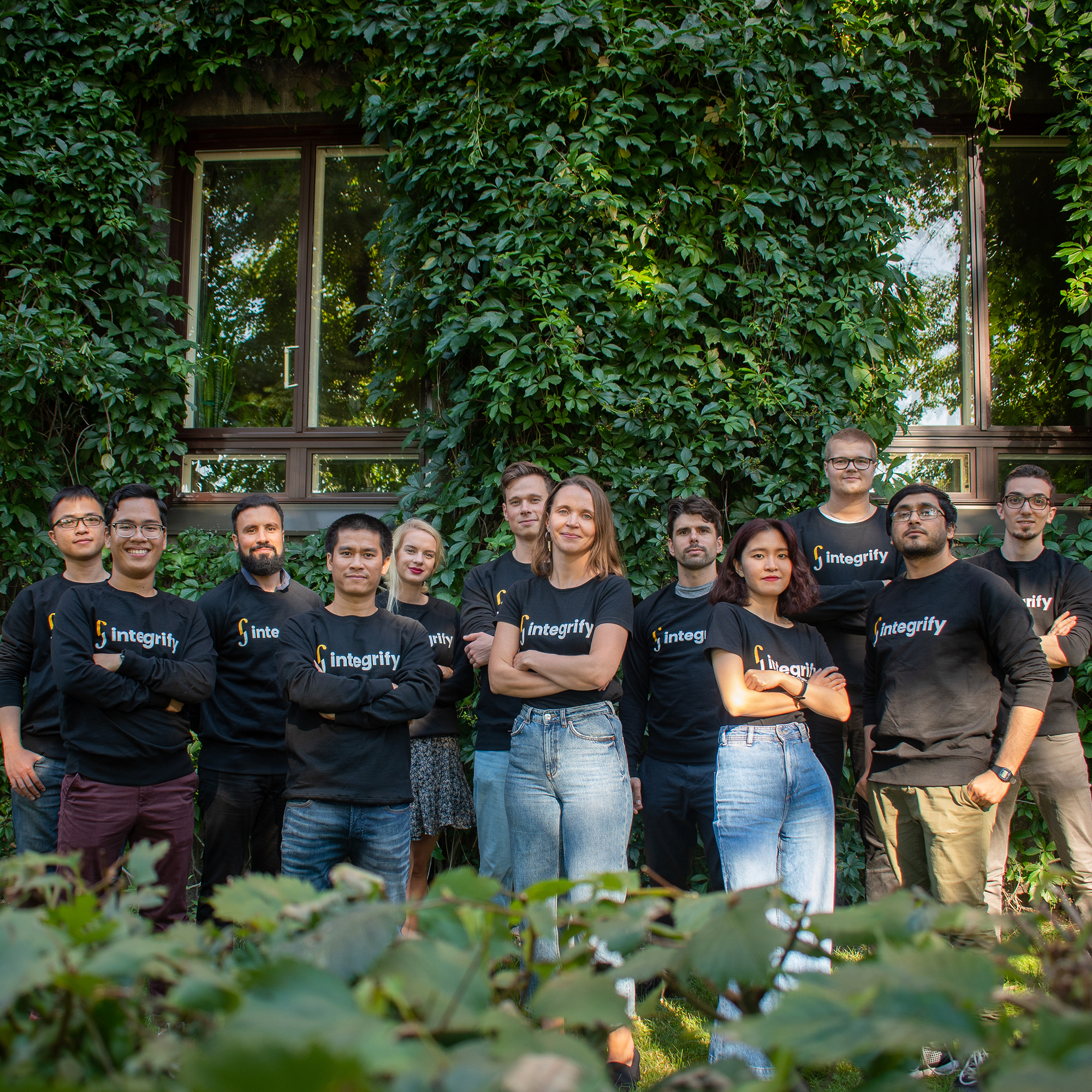 Integrify trains and connects professional technical talent to work all over Europe. We provide a world-class education for people who are driven to reinvent their careers. 80% of our graduates have successfully landed jobs that correspond to their skills and backgrounds in software development.

Menu
HomeFor companiesFor developersReferencesAboutContact
Follow Us
FacebookInstagramGithubTwitterLinkedIn
Contact Us
Thank you! Your submission has been received!
Oops! Something went wrong while submitting the form.