Finnish work-life still has a lot of room for improvement when it comes to inclusivity and diversity. As a result of an ongoing inclusivity discussion in the media, a new inklusiiv.org campaign was launched. Integrify was asked to be part of the campaign and we were naturally excited to help. Integrify’s developers designed and built the whole inklusiiv.org site.

The client was looking for a simple, blog - style website that would inspire visitors to take part in the campaign and provide resources for anyone interested in workplace inclusivity. The project had a strict deadline - it was to be deployed in ten days. During the first stage the developers turned designers planned and designed a design mock-up using Figma. Due to the deadline, we used our existing component library as an inspiration and utilized whitespace to increase interaction and readability.

The development of the site was done using Gatsby, React.js and GraphQL. The needed components were imported from our library. Storybook was used to visualize the components and Contentful was used as content infrastructure for creating and managing content. The finished site was deployed with Netlify. 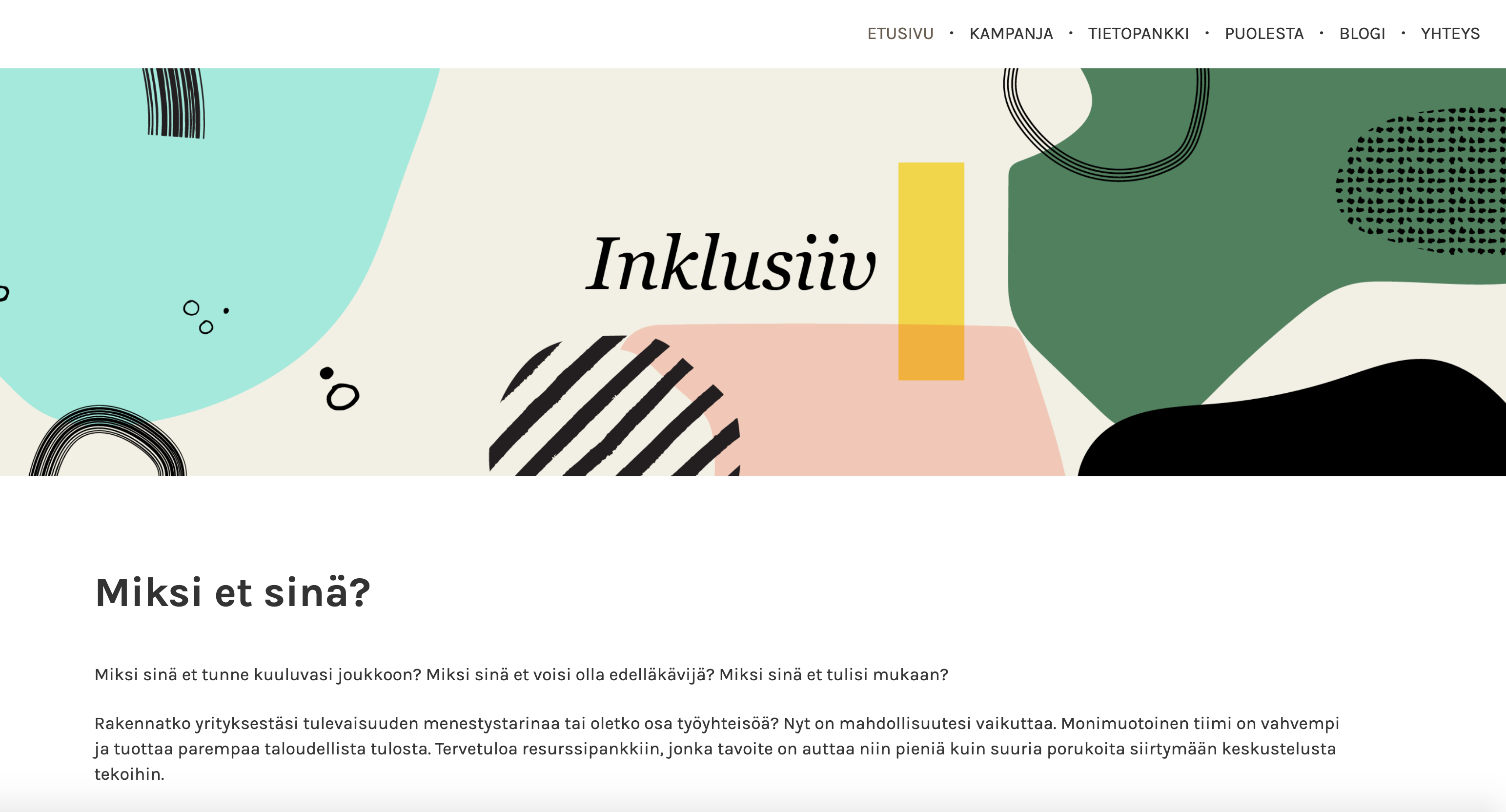 The end product was a simple, elegant and responsive website. It’s multi-language and includes, for example, a blog feature, resource bank, and social media integration. The campaign has received a lot of attention and Integrify is proud to be part of it! Visit the site to learn more about the campaign and what you can do add diversity in your workplace