At the beginning of the new year, it's good to look back at the things that made last year one of the best ever.

The biggest highlight of the year has been how many people we have been able to train and get into jobs.

A year ago on December, around 12 months ago, we had just kicked off our operations in our current form. We had pivoted from the very original idea when founding Integrify to the current model where we teach skilled immigrants software development for six months in an intensive and full-time course.

Fast forward a few months and our students started to first get into job interviews and eventually landing jobs. It took a while, but in the end all of the graduates from the very first cohort got what they came for: aspiring careers as junior developers. 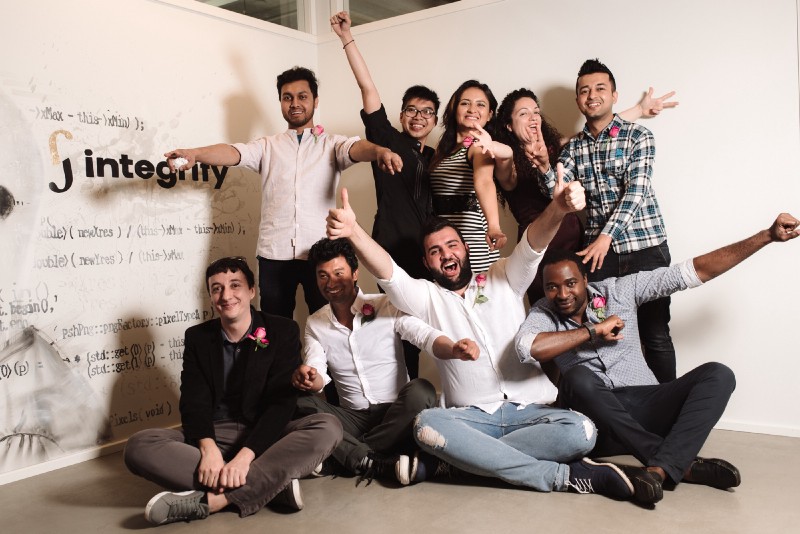 The pioneers. Integrify’s first ever coding cohort on the day of their graduation party!

It only took four months for us to outgrow the premises at Maria01. Luckily, we found a great space just a few blocks away, where we started our second course in April. This time we challenged ourselves and doubled the student in-take to 27 future coders. At the end of the year we had over 60 people in training or graduated!

Some of the other highlights of the year were joining forces with Junction and Wunder for holding a gaming hackathon to offer a chance for people interested in software development to try out coding. The evening was a big success and resulted in many individuals sparking an interest to dig deeper in the world of code!

Speaking of hackathons, our students Steven and Yazan participated in a Open Science Hackathon in October organized by University of Helsinki IT Center, National Library of Finland, CSC — IT Center for Science and Helsinki Think Company. Skills and determination paid off as their team took home the winning prize as best solution! 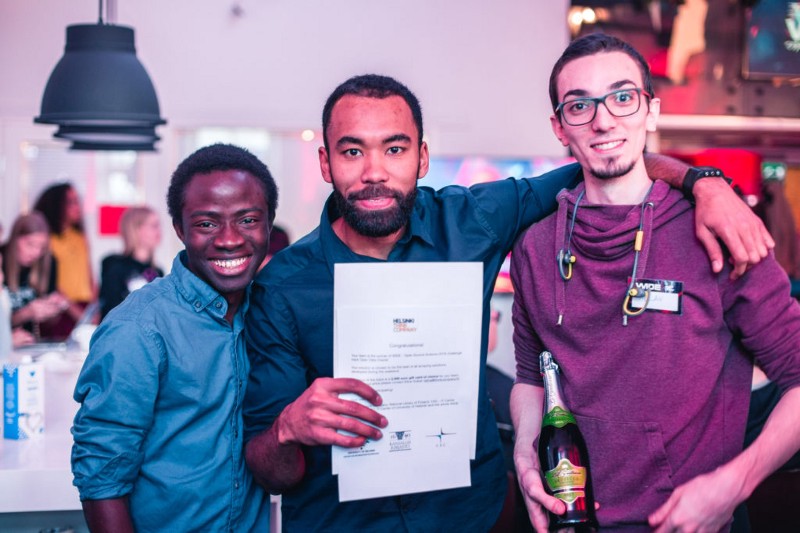 Moreover another one of our students, Hai, participated in another hackathon, namely the Vaisala Project Environment Challenge final. His team also ended up winning the whole competition. Amazing work and very well deserved recognition for our coders!

In November a number of our students spent a weekend in Espoo at Europe’s biggest hackathon, the Junction. As their website says: 1200 hackers from 105 nationalities came together and created over 300 new projects from scratch.

Also here our students were able to showcase their skills. Jaya built both the front-end and the back-end for their teams project which won the whole Smart Cloud track. Ben’s team won the Smart Electric Heating challenge and Viet’s, Hai’s and Khan’s team won the whole DNA Center challenge. The success of our students at these hackathons really shows how talented they are. 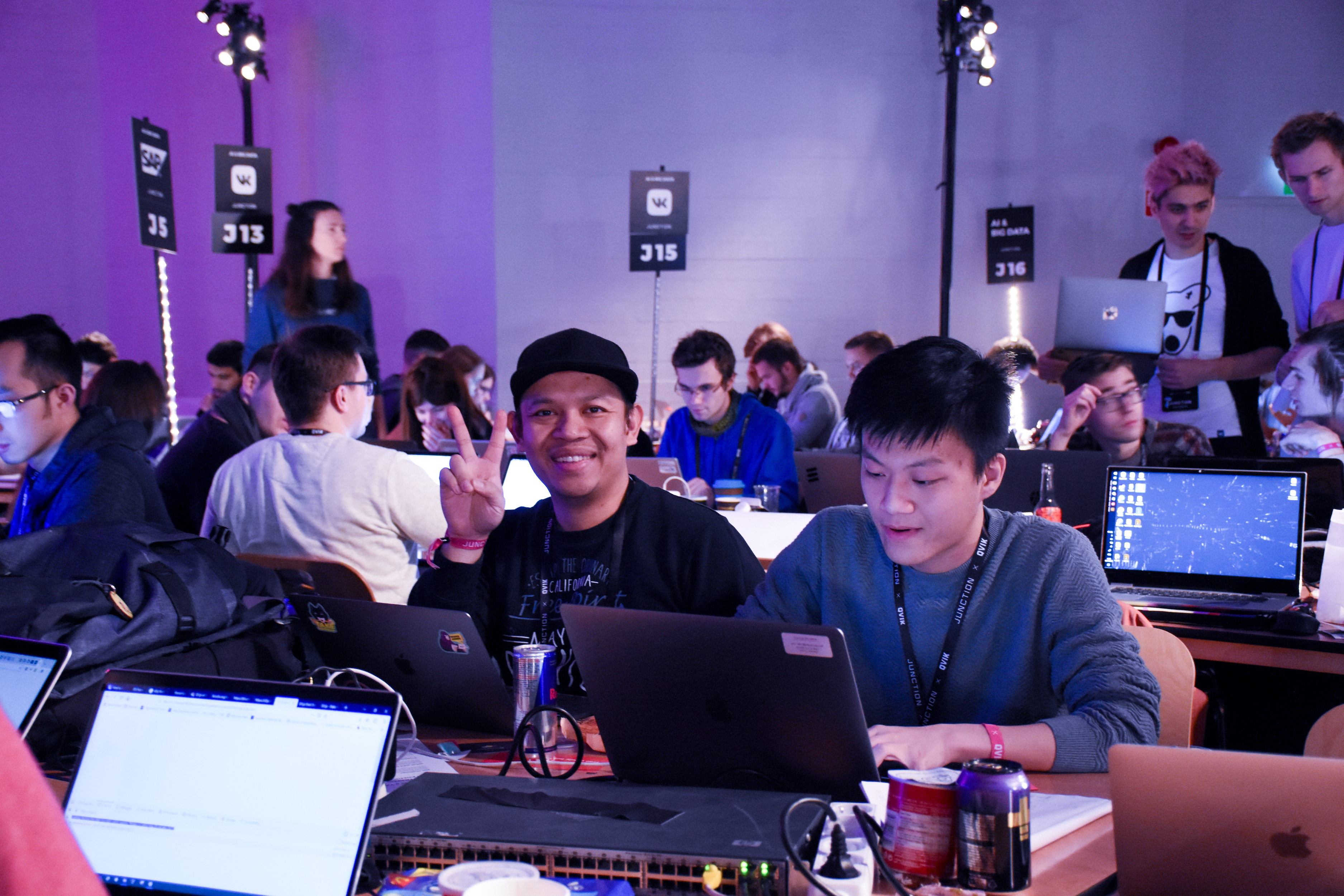 Viet and Hai at Junction 2018. Their team ended up winning their track!

2018 has been all about building a solid foundation for Integrify. It has not only been a joyride; the year has definitely had its very challenging moments, but we were able to overcome them. In the process we have learned a great deal. Thus, we are now more equipped than ever before to work towards our mission: enabling integration through technology. 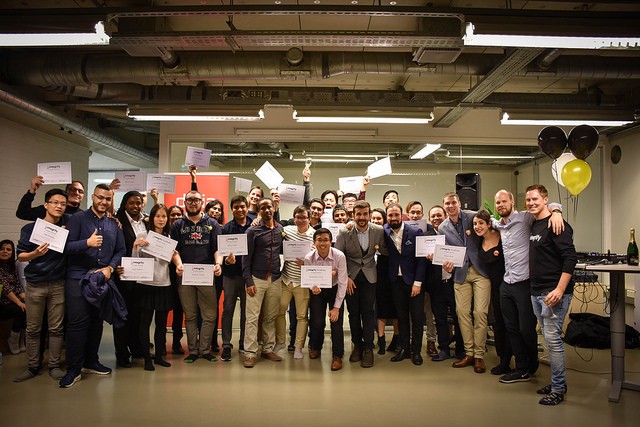 25 new coders graduated in November in the second ever graduation party!

2019 will be kicked off with a fast pace as the next coding course will start in January. We have a lot of exciting things to announce in the near future, so stay tuned and follow our growth in social media! We have a feeling that 2019 will be harder, better, faster and stronger than ever before ;)

We wish everybody a Happy New Year and much success for 2019!

P.S. If you had the patience to read all the way here, we salute you! The video here produced by MyHelsinki describes well what Integrify is all about and what we do: 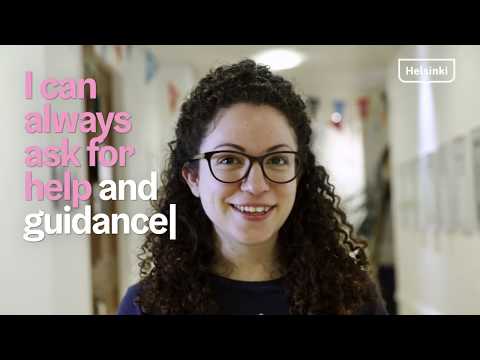 What it's like to study at Integrify - student story